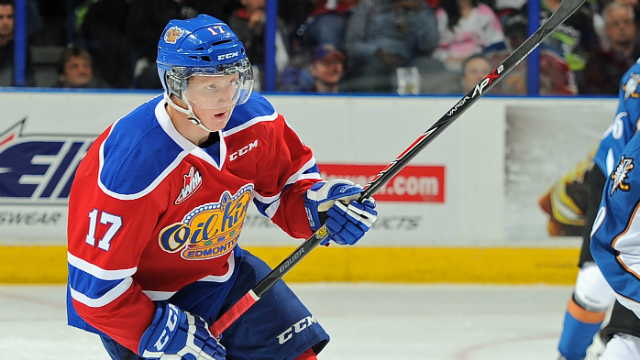 “Brandon is a proven presence with two years in the Western Hockey League and plays an up-and-down game that we’re confident will be a solid fit for our lineup,” said Davidson. “His physical approach is defined by strength, experience, and efficiency in the defensive zone – key elements that can be extremely beneficial for the development of our young group.”

Ralph, 19, has competed for two full seasons in the WHL with Edmonton and earned 21 points (13g-8a) and 78 penalty minutes in 114 career games with the Oil Kings. The 6-foot-2, 192-pound forward made his debut in 2012-13 as a member of Edmonton’s Memorial Cup championship team and last season skated in a career-high 67 games, collecting 11 points (5g-6a) and 44 penalty minutes.

In his 2013-14 rookie season, he earned a career-high eight goals and posted two assists in 46 games. Ralph has also suited up in 11 career WHL postseason games.

The Silvertips continue preseason play on Friday at XFINITY Arena, hosting the Portland Winterhawks at 7:05 p.m. Single-game tickets for all regular season games at XFINITY Arena are on sale now and can be purchased online at www.xfinityarenaeverett.com, by phone at (866) 332-8499 or at the XFINITY Arena box office during normal business hours.