VOTED CHL PLAY OF THE YEAR: Dustin Wolf’s Save

Earning Play of the Year honours, Dustin Wolf’s acrobatic feats have captured the championship title in the 2020 CHL Showdown Playoffs! Nearly 50,000 votes later, the Everett Silvertips netminder won 41 per cent of the fans’ vote, defeating the OHL and QMJHL nomination. 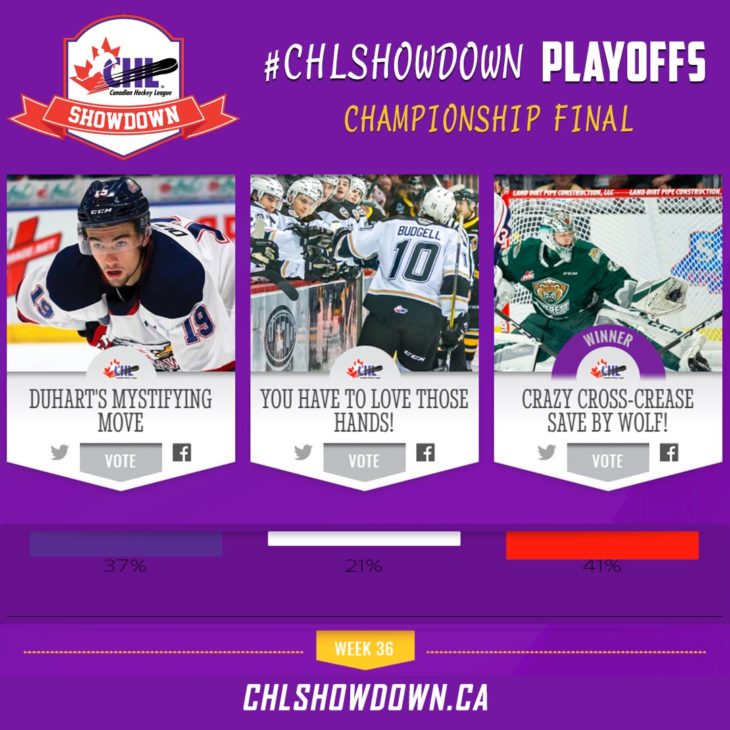 After recently receiving the CHL Goaltender of the Year Award presented by Vaughn, the Calgary Flames prospect can now add the CHL Showdown Playoff Champion to his list of growing accolades. Check out what Wolf had to say about the play that put him into the winning position:

“It was pretty surreal in the moment and the fans in Everett made it so much more special.”